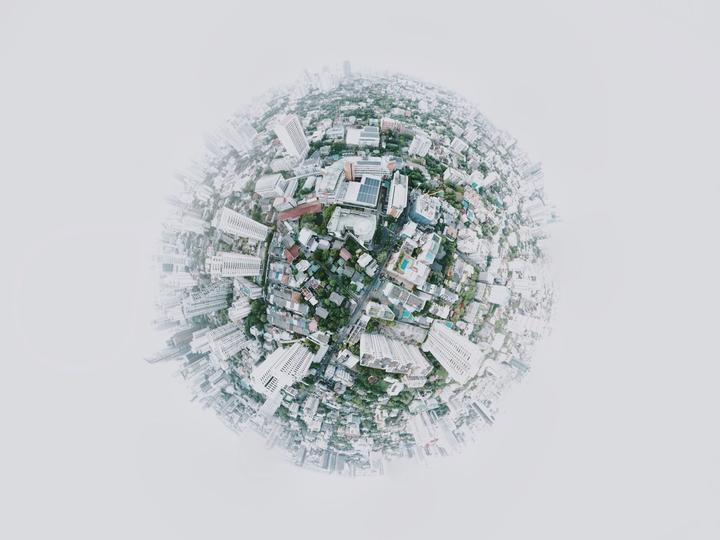 Intercultural Awareness in Coaching and Leadership

Intercultural awareness in both coaching and leadership is paramount to successful outcomes. When meeting with coaching clients or leading teams or individuals with a background different from your own, you need to be mindful of the other person’s perspective: how they perceive and interpret the world, how they make decisions, judgements, and what they value - in order to best help them learn, grow and ultimately do the job they are hired for. Too often we assume that everyone else thinks the same way as we do, and this can lead to major misunderstanding, misjudgements, conflicts and problems. Luckily, most of this can be avoided, if we nurture just a little more intercultural awareness and empathy towards the clients and employees we engage with.

In this article, I will walk you through some of the challenges that we often face when dealing with intercultural relations when we coach and lead people from cultures different from our own, as well as offer you some practical solutions on how to bridge the gap between cultural differences.

The Importance of Cultural Awareness:

We all have likely experienced the awkwardness of being in a different culture and not knowing how to behave, saying the wrong thing, or making a gesture that may be considered rude - by the other country’s cultural standards and expectations. Lack of cultural awareness can also happen within an organizational context - and its outcome can result in embarrassment, misalignment, and misunderstandings in communication.

After many years of working and living abroad, in countries such as Egypt, India, and Tanzania - I have experienced my fair share of cultural mishaps. Many examples spring to mind, but let’s look at one in particular. When I was working in Tanzania, I spent my days going back-and-forth between my hotel and the office. One morning I came down to the hotel reception to ask a question. There was a very young woman working at the front desk, and when I talked to her she completely avoided eye contact, constantly looking down. I was attempting to get in her gaze, until it finally dawned on me that this might be a culture in which looking someone directly in the eye is seen as impolite. When I got to the office, I asked some of my colleagues if this was a normal interaction, and they all said yes, that this could be seen as a sign of respect in East African cultures. What I learned from this experience is that you can’t get upset, or take things personally - when people act a different way to what you are used to. What is seen as rude or indifferent in one culture, can be seen as a sign of respect and modesty in another. So, although it’s difficult to not jump to conclusions right away - try your best not to!

Understanding How Others Perceive Your Cultural Background

Whether you are living and working in a foreign country, leading a global or cross-cultural team, or you simply would like to enhance your cultural awareness - the key is to understand a little bit more about how people see your culture. Everything starts with you - and it’s important to remember that ultimately, you can only control what you’re doing. For example, I’m from the East Coast of the United States - I talk fast, I talk directly - and sometimes it’s too direct for people. When I work in different cultures, I have to tone myself down, and really slow everything down. The more you can look at your own culture and identify the potential differences and similarities with other cultures, the better you will be able to adapt to a new culture.

For instance, one cultural difference relates to Westerners, particularly North Americans - and their interactions with African and Asian cultures. In North American culture, there is often a tendency for people to constantly ‘’jump in’’ throughout meetings, filling any pauses. However, in some African and Asian cultures, there’s a bigger pause when people are speaking in meetings. Because of hierarchy, employees (particularly those that are ‘’lower down’’ in the chain-of-command) are often reluctant to jump in. In East Africa, a phrase I hear often is: ‘’I didn’t feel it was my place/I didn’t feel as though it was my turn.’’ When these cultures come together, it’s important to invite others to jump in when there is a pause. Simply ask: ‘’I haven’t heard from you yet, and I would love to hear your thoughts. Is there anything you would like to share about this?’’. This way, everyone gets to have a say - if they would like to do so. It also prevents the meeting being dominated by one cultural group - allowing for better diversity of thought to take place. This example also goes to show that behaviors don’t always transfer well between cultures. What ‘’fits’’ with societal expectations in a particular culture will not necessarily translate to another. What appears to be a confident, gregarious, and animated style of presentation in the United States, may actually appear as brash, rude, or overbearing in the same meeting with Asian colleagues. Knowing how to operate in a different cultural setting - and adjusting your behavior accordingly - is not only the polite thing to do, it is strategic - meaning that you will be able to succeed in your communication regardless of the new country or culture that you find yourself in. This is why recognizing cultural differences and adapting to them accordingly is vital.

As Michael Eriksson, the Finnish managing director of Arla Food Ingredients in South America, puts it in the book “On the Move”: “When you travel to another country, you usually require an adaptor so that you can plug your devices into the local power outlet. Similarly, when overseas, a leader has to adapt their style to suit a different cultural context.”

There are some fantastic tools to help you gain better cultural awareness, such as Globe Smart. This platform helps you to recognize your work style across cultures, discover more about the culture you are/will be operating within.

Some other great resources that I recommend include Erin Meyer’s HBR pieces, Being The Boss In Brussels, Boston, And Beijing and Navigating the Cultural Minefield in which she discusses how cultural differences in leadership often cause misalignment - and how to fix them. There is also a Country Mapping Tool based on Erin Meyer’s book, The Culture Map, which helps compare different national and corporate cultures.

Being able to tune into a culture without preconceived biases or judgment is a skill all leaders need in complex, global organizations, as well as leaders who find themselves working overseas. An important part of intercultural awareness is addressing the cultural biases and preconceived notions you may have - and trying your best to respect others'’ways of being’’ - even if their behavior is not exactly what you are used to experiencing in your own culture.

Cultural biases present themselves in a number of ways. Let’s take the example of an English-speaking organization that is operating cross-culturally. Although there may be a number of highly-skilled and proficient team members whose first language is not English,

often, people may rely too heavily on the person whose English is best. This person may seem more knowledgeable, but that’s not always the case: they might just simply be a better language learner, or perhaps they spent more time working or living in an English-speaking country. People generally gravitate towards people who are similar to them: who look similar to them, who wear the same types of clothes, who have a similar accent, etc. - but the most similar person is not necessarily the person who knows the most. The similarity bias is an incredibly easy bias to fall into. When working cross-culturally, question yourself when it comes to biases such as these. You’ll be surprised at how much you will learn from colleagues that have different cultural backgrounds to you, and the diversity of thought will only serve to create a stronger team.

Adopting A Global Attitude in Coaching and Leadership

‘’Bridging coaching and interculturalism leads to a more creative and global form of coaching.’’ Philippe Rosinski, Coaching Across Cultures

Whether leading, managing, or coaching - adopting a global attitude is crucial to communicate effectively in today’s environment. A global attitude can be defined as: “an attitude which involves a real passion and curiosity about the world, a willingness to accept good ideas no matter where they come from, and collaboration around geographies.” Intercultural awareness and adopting a global attitude takes time, practice and patience. It also requires having a high degree of cultural sensitivity, which is characterized by openness, understanding and respect. In the next section, we will examine some useful tips on how to improve your cultural sensitivity and awareness and become a better coach, colleague and leader as a result.

Leading, Working or Coaching Within a Global Context? Here Are Some Useful Tips:

An awareness and understanding of different cultural trust-building norms across countries can go a long way in smoothing and enhancing work relationships. This is particularly relevant when leaders, colleagues or coaches find themselves living and working abroad - in a cultural environment that is different from their own background. Here are some useful tips that have served me well in my years of living and working in cross-cultural settings and various countries:

Like any skill, intercultural awareness takes time and effort to cultivate. Whether you are a leader, a coach, or simply a person who would like to increase your intercultural competence, there are a number of steps you can take in order to improve. Recognize and acknowledge that behaviors, customs, and personalities may differ in other cultures - and just because something is different, does not mean that it is ‘’wrong’’. Practice improving your global attitude: a real passion and curiosity about the world, a willingness to accept good ideas no matter where they come from, and be willing to collaborate with a diverse group of people. Have empathy and patience towards yourself and towards the people you are working with. And, don’t be afraid to make concessions and synthesize your leadership style.

Susan Shirley, MBA, ACC is a cross-cultural Leadership Adviser currently based out of New Delhi, India. Susan is the Principal Leadership Adviser at Global View Leadership, where she works with multicultural teams and international leaders, bridging cultural differences and physical distances, and helping people to work more effectively through team facilitation, coaching and training.

Ready to get started?Put your learnings to work.